January 02, 2018
January 2017. Not far away. Just when the good folk of Edinburgh were planning to tidy up after the revels of Hogmanay, comes news of another invasion.

Not the Jacobites, this time, with their claymores and uisge-beatha, but an army of young Squash players from around the world. 140 of them, descending, from 7th-9th January, on Edinburgh Sports Club and The Grange Sports Club, for the 2017 Scottish Junior Open Squash Championships.
The event comes as Scottish Squash enjoys a new dawn, signalled by its recent Gala Awards Evening. So it is appropriate that this 71st SJO boasts not one, but two new venues, as well as new sponsors, Eye Rackets and JC Lindsay.
___________________________ 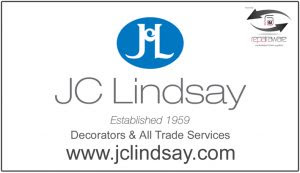 Squash has had a big boost from Rochester University’s study showing its benefits, in terms of healthy heart, reduced blood pressure and positive mental health. In Scotland, the international success of Dougie Kempsell, Kevin Moran, Alan Clyne and Greg Lobban, shows things are heading in the right direction. And the Scottish Women’s team steps up a level in the 2017 European Team Championships. So, many eyes will be on the Scottish Junior Open. But the incoming tide of Koreans, Belgians, Slovakians, Pakistanis, Danes, Canadians and others will not make it easy for our youngsters. Especially the Under-17s and Under-19s looking ahead to joining the senior ranks before long.

At Under-19, Grace Thomas (Canada) looks favourite, but nothing is straightforward at the SJO. We welcome back Patrick O’Sullivan, of Giffnock and Connecticut, as he returns to home shores to do battle with Luke Logan, a top Irish player, and Theo Pelonomi of Botswana.

At Under-17, Dries Verhaegen, talented Belgian, and a strong field, will not make life comfortable on court for Inverness’ Alasdair Prott, though the young Scot has been in terrific form of late. Another Under-17 Belgian star, Laura Deruyck, will be someone to watch in this category.

But arguably the most intriguing competition looks to be at Under-15. As Tournament Director, Allan McKay, comments: “We’re really excited about the tournament as a whole, but galleries will be packed, I’m sure, for the Girls Under 15s. Glasgow’s Orla Young, Scottish Champion and European no. 8, will have her work cut out against the likes of Katie Malliff (England), Marie Amelie Callebaut (Belgium), and Ella Galova (Slovakia), who are all No. 1 in their respective countries. And Lucy Jones (Wales number 2) is no slouch. Orla will have to be at her most patient and accurate in this company.

Similarly, there are great competitors in the Boys Under-15s, both from home and overseas, such as England’s Adam Goad (European no. 4), Salaheldin Eltorgman (Canadian no. 1) and top-ranked Norwegian Oliver Gangso Badawy.

“At Under-13, a promising group of Scots, Huzaifah Ali, Ben Barron, Struan Donald, Kyle Penman and Jamie Cargill, face the strong Indian no. 1, Shereyas Mehta; and among the Girls our Scottish Champion, Jemma Young, comes up against Asia Harris of England, European no. 7, Salma Mounir, Canada’s no. 1 and Leungo Katse, Botswana’s no. 1.

“The Scottish Junior Open Squash 2017 will be a great event, and we look forward to welcoming, not only our own players from throughout Scotland, but also our international guests, and all the coaches and families coming to Edinburgh.

“We’re delighted to have great sponsors in Eye Rackets & JC Lindsay, and we hope that many others will come along to Edinburgh Sports Club and The Grange Sports Club to enjoy what should be a great New Year feast of sport.”
January 7th 2017. Not far away. 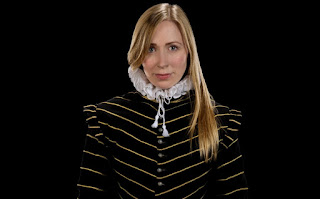